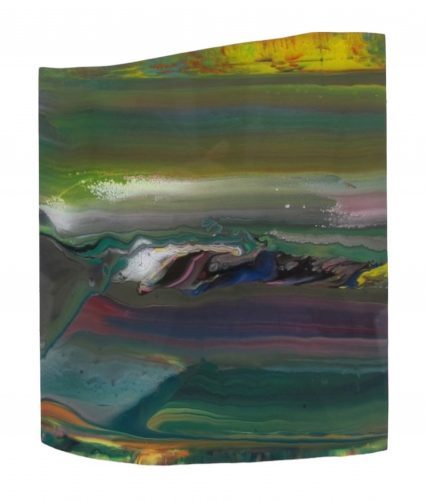 Lacquer on back of glass
signed & dated
Unique 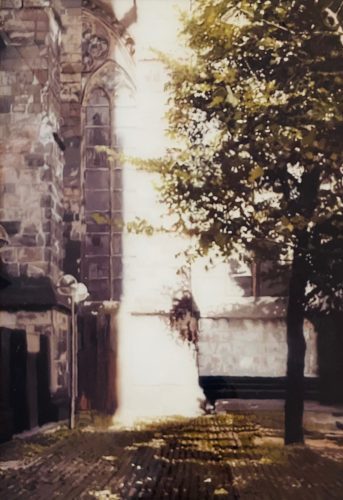 In the early 1950s Richter studied at the Art Academy in Dresden.

From 1957 to 1961 Richter worked as a master student at the academy and took on government contracts from the GDR.

In February 1961 he fled to West Berlin.

From 1961 to 1964 he continued his art studies at the Düsseldorf Art Academy with Ferdinand Macketanz & Karl Otto Götz.

Gerhard Richter’s international artistic recognition increased in the years that followed, so that in 1993/1994 a comprehensive retrospective was dedicated to him with stops in Paris, Bonn, Stockholm and Madrid.

In 2002, the Museum of Modern Art, New York, celebrated his 70th birthday with a comprehensive retrospective.
With 188 exhibits, the largest exhibition ever dedicated to a living artist was shown there.

In September 2020, Richter announced that he was putting his paintbrush down, thus ending his work as a painter at the age of 88.

Today Gerhard Richter lives a secluded life in his house in Cologne.